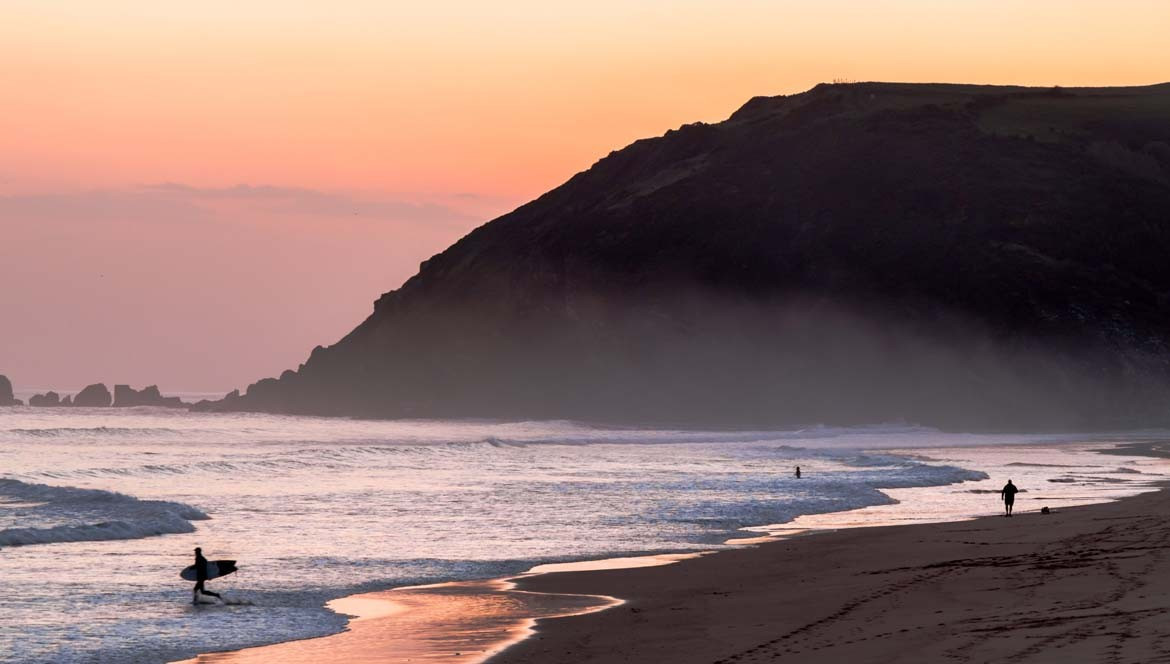 Zarautz located between Getaria and Orio, has a very long beach of 2,500 meters in length. It is the most extensive beach on the Basque coast and has countless surf schools, as it is one of the quintessential surf spots in Euskadi.

Being one of the mythical surf spots in Euskadi, there is usually a high level of surfing and is usually quite crowded.

Zarautz has practically waves all year round, but the months of greatest waves are usually between October and March. During the autumn - winter season, we can find large waves with the respective level of surfing.

For the most intrepid and experienced we find Karramarro, located on the N-634 road between Getaria and Zarautz. It is a very powerful left that breaks into rock near the road. They are left waves of between 2 and 3 meters and are given with enough constancy. Access is very complicated, since you have to jump from the rocks.

Services: The beach is located on the same promenade, with numerous surf schools, bars, restaurants, etc. Parking in the summer season can become very complicated.