The giant waves of Nazaré 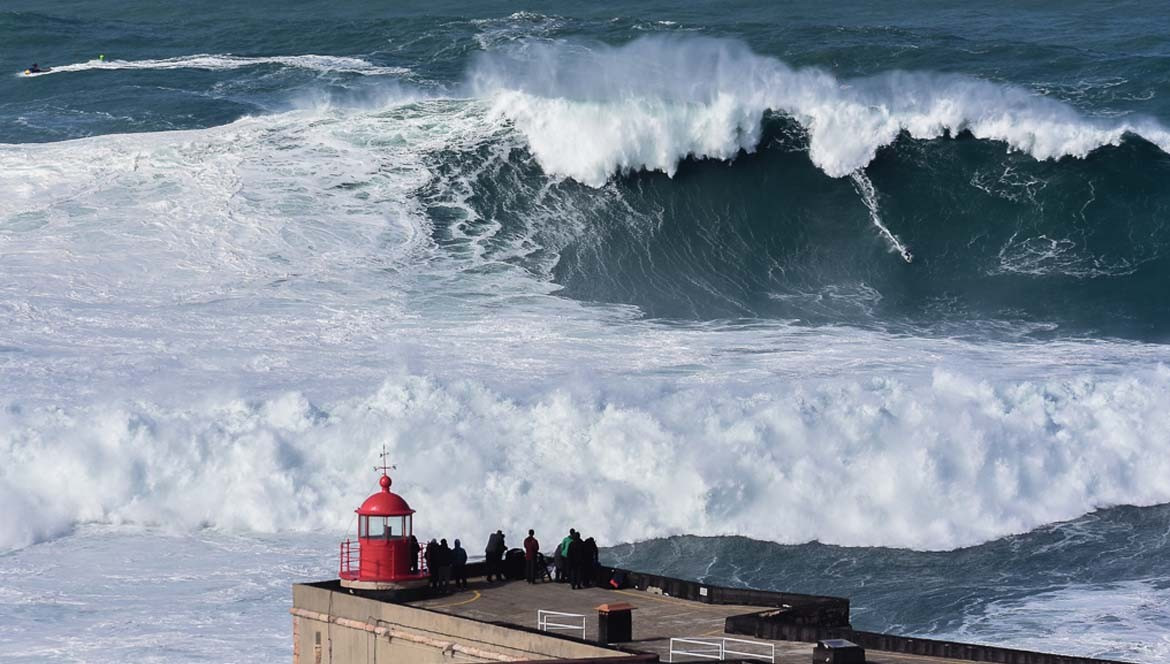 Nazaré located on the Portuguese coast about 100km from Lisbon, has one of the most emblematic corners of the planet when it comes to surfing giant waves. Its mythical red lighthouse has become an icon of this sport.

The difference in depth between the platform and the canyon *, together with a powerful storm surge, make Nazaré the ideal place to obtain true wave monsters that can reach 30 meters in height.

In 2011 the surfer Garrett McNamara set a new world record, surfing a wave of 24 meters high and on November 13, the French surfer, Justine Dupont surfed a wave of more than 20 meters, being able to take away the record of the biggest wave surfed in Brazil, Maya Gabeira.

This year the World Surf League has created the Nazaré Tow Surfing Challenge, where 10 pairs of surfers will compete in 4 one-hour series, to see who has caught the biggest and best surfed waves.

* The Nazaré canyon is the deepest sea gorge on the European coast.